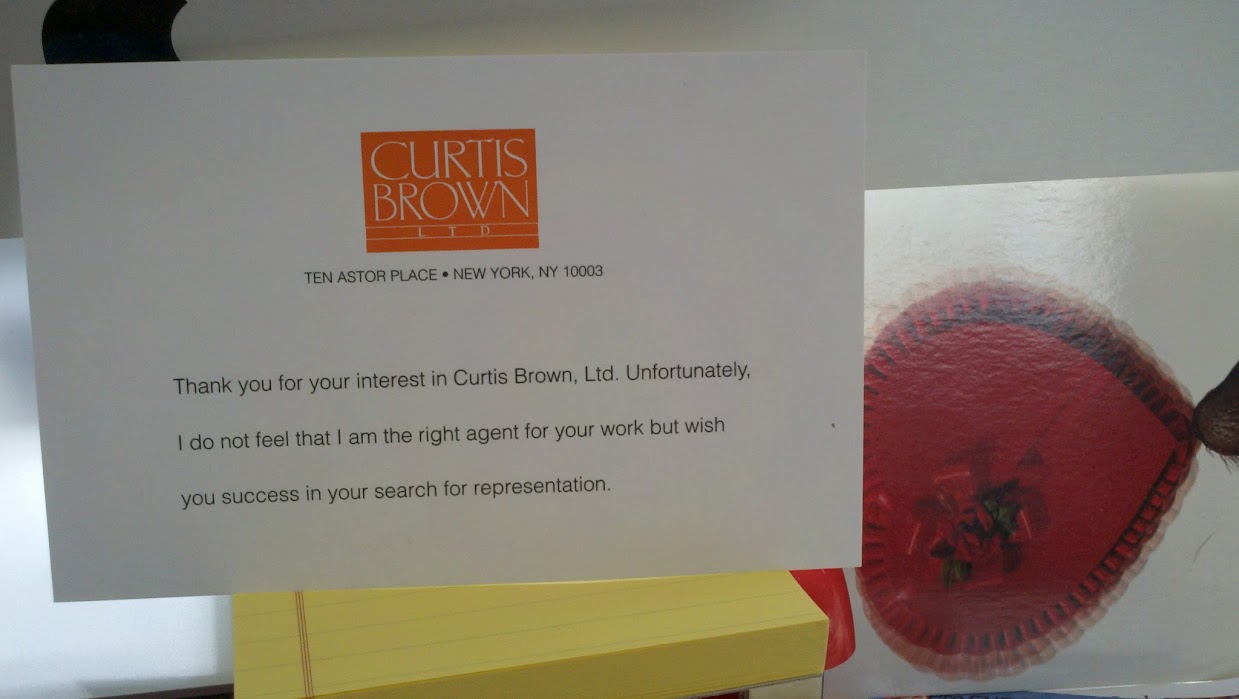 This came in the mail the other day. Out of a dozen or so attempts at finding an agent for my children’s picture book based on Agnes, I’ve gotten seven responses. I’ve sent most queries out by e-mail, but put together a couple of hard copies for some who prefer snail mail. Don’t forget the SASE!

A friend who finished his first novel told me he sent his manuscript out to 50 agents so I have a long way to go. It just takes time to personalize every query letter.

I’m pet-sitting this weekend and when I told MaineMan the family didn’t set me up on their wireless network he said, “GOOD! That means you can write more!”

Back to the pitching board…

Lover of life, singer of songs and soon-to-be creator of pretty things. I'm a former digital media editor who's launching a clothing line in 2018. When I'm not wife-ing and mom-ing, I'm walking the dog, drinking wine (or tequila) and planning future camping trips. And thrifting, binging on true crime shows, and wishing I was SUP-ing somewhere along the Pacific coast.
View all posts by Moni →
This entry was posted in Uncategorized and tagged agnes, children's picture books, curtis brown, query letters. Bookmark the permalink.

1 Response to Hoping to Get Published? Just Keep Trying…